Learn more about the history of the Woolworth Theatre.

The building and businesses at 223 Rep. John Lewis Way North are a critical piece of our country’s history. Upon completion in the 1890’s, the building was home to several businesses before Woolworth opened one of the original “five and dime” stores here in 1913, which attracted shoppers looking for quality and value. Several successful years later, the lunch counter at Woolworth opened in 1925 to offer an affordable meal to shoppers and workers in downtown Nashville, adding to the popular American ritual of that time. At a time when this part of the country was still operating under the Jim Crow laws and customs of the 1890s, African Americans were prohibited from eating at public lunch counters. 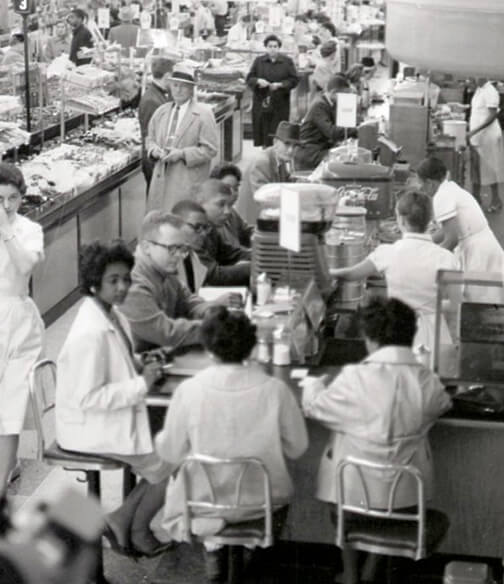 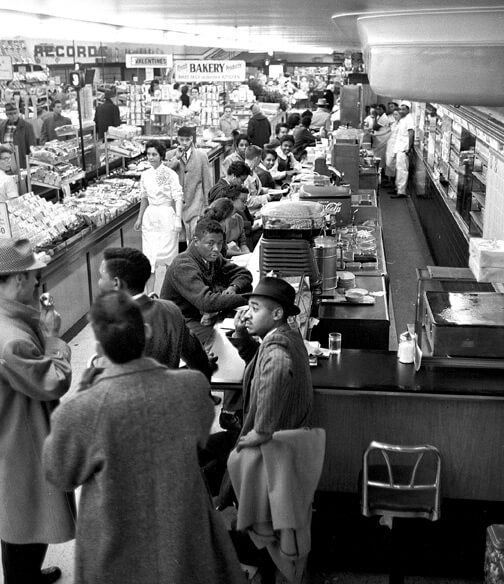 On Saturday, February 13, 1960, after months of studying nonviolent activism, a group of students began the movement to challenge this decades-old practice of segregation. Three different groups of college students, most of whom attended historically black universities, including Fisk University, American Baptist College, and Tennessee A&I (now Tennessee State), held “sit-ins” at downtown Nashville’s lunch counters at Woolworth, Kress, and McClellan asking to be served. They were denied service but remained seated at the counters even after being asked to leave.

On February 27, 1960, the integrated student-led movement drew more than 200 protestors to the lunch counters at Woolworth, Kress, McClellan, and Walgreen’s across the street, resulting in national media attention after the students’ nonviolent tactics were met with violent backlash from white citizens, who faced no consequences, while several of the students were arrested. Among the protestors arrested was future US Congressman John Lewis, who participated in the sit-in at the lunch counter at Woolworth. A strong challenger of segregation and racism, Congressman Lewis was arrested almost fifty times for nonviolent protest throughout the course of his life. His arrest at Woolworth that day was his very first.

On April 19, 1960, terrorists bombed the home of Nashville Civil Rights Attorney Z. Alexander Looby, because of his role as lead counsel for the student protesters. That same day, four thousand Nashvillians, including young John Lewis, marched in silence to the courthouse and confronted Mayor Ben West. Among those marching was Fisk University student Diane Nash, who is credited with asking Mayor West if he felt that segregation at the lunch counters was morally right. Mayor West answered no, and the official process of desegregation at downtown lunch counters began. Change did not happen immediately, but by mid-May, African Americans were being served at some of the lunch counters in the stores downtown, and this form of nonviolent protest was being replicated all over the South.

Today, the building is a registered historic site as part of the Fifth Avenue Historic District in Nashville for its part in the Civil Rights movement.

– Written in collaboration with the Nashville library. – 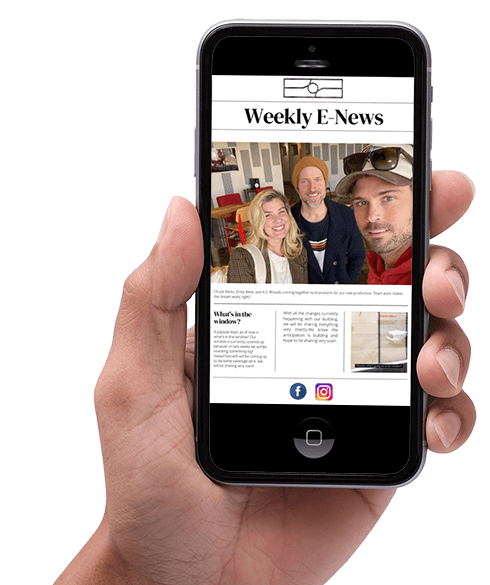 Get the latest news on Woolworth Theatre